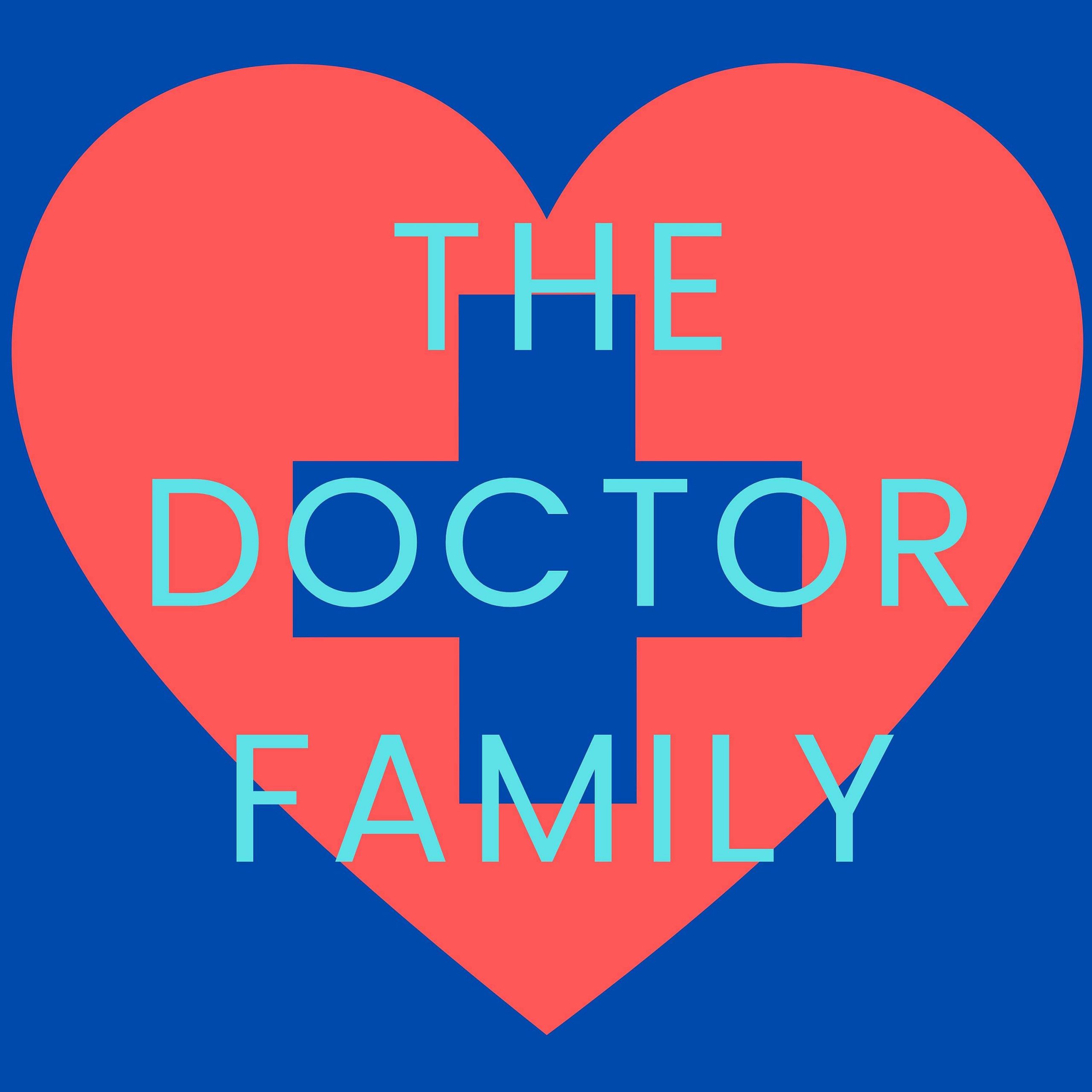 This episode discusses the new Pfizer covid vaccine, the difficulties of rolling out a mass vaccination plan at short notice and the outbreak of covid in Danish mink farms It was recorded as a Facebook livestream but here is a better quality audio version for our podcast listeners, let us know what you think as this was a more manageable work flow to get this recorded and released, if you like it we could do them more frequently, and they should get slicker! Music as ever by Drew Worthley https://drewworthley.co.uk

Transcript of the show

Hello and welcome to the Dr Families first Facebook live video. I am Dr David Stokes a GP in Sussex in the UK and a podcaster making podcasts about health.

If you enjoy this content please share it with you friends and check out our podcast which I link to in the comments or you can just search for the doctor family in your podcast player.

This is our first facebook live so I am keen to hear from you to let me know how it is going!, please react within facebook, as like everyone, your encouragement is a big motivator.

Although I am a GP or family doctor, before I studied medicine I did a PhD in molecular cell biology, so some of the very recent news about covid and the vaccines being tested have me quite interested.

The main subjects I am planning to cover in today’s video are the new covid vaccine announced by Pfizer, how it may be rolled out, along with some of the challenges of this, as well as the recent news story of the COVID 19 found in mink farms in Denmark and why this is of concern.

I asked for the questions you have on these subjects on facebook this morning and have a few questions to answer and I will do my best, but like in the TV program QI, sometimes the answer may be nobody knows!

So lets start with the Pfizer and BioNtec vaccine which has been in the news since it announced In a press release,

Pfizer and BioNtech said that they had identified 94 cases of COVID-19 among 43,538 trial participants. The companies did not indicate how many of those cases were in the placebo group or among those that got the vaccine. But they said that the split of cases between the groups suggested that the vaccine was more than 90% effective at preventing disease, when measured at least one week after trial participants had received a second vaccine dose, three weeks after the first. The trial will continue until a total of 164 COVID-19 cases are detected, so initial estimates of the vaccines’ effectiveness could change.”

It is important to note however, that the data for this has not yet been published and it is unlikely a company would under sell its own product.

So 90% may not be the final efficacy figure, however even if it slips from here any vaccine with greater than 50% efficacy at preventing the infection would be approved by the American FDA, as it most people got vaccinated and only had a 50% chance of contracting the disease it would reduce significantly the r rate we all got so excited about early in the pandemic.

So here we come to the first of the questions posed by you, how was this ready so soon? How can we know it is safe

Well to answer this we need to look at the vaccine itself, which is where my science nerd gets most excited

Most vaccines are produced by growing large quantities of the virus which has possibly been engineered to be less harmful, or inactivated so it cant cause the infection. This is put into the body and the body produces an immune reaction to it which then protects the body when it meets the live virus.

Technically this is difficult as it required lots of the virus to be grown and work needs to be done to look at the best way to inactivate it or make it safe. And can be ticklish to produce when one is finally produced.

The new(ish) technology used in the Pfizer vaccine uses the genetic messenger mRNA rather than a virus itself.

The mRNA which carries the plans to make the proteins which are one of the main building blocs of cells or indeed viruses. From the blueprint of DNA to the factory of the cell which produces the proteins.

The new vaccine injected these messages into the body where cells take them up, produce some for the virus proteins which are then shown to the immune system priming it to recognise and fight   the infection when it sees in in the future.

For interest this is a new approach but it is also being used with some early success in developing vaccines against certain cancers  – using the immune system to attack the cancers in the body and clearing them.

Safety – well they would appear to be inherently safer as there is no infectious agent injected, but using the nobody knows card for the first time, it is clearly impossible to state with certainty what the long term affects would be as they have only just been invented – this should be put into context however, the same is true of any new drug released.

The vaccines will need to go through the safety regulation sign off at the MHRA before use, as I understand it they have been sharing their work early and clearly the MHRA will be prioritising this above other work. But I m not able to say anymore about this as they have not yet jumped through this hurdle.

It is also worth noting that this is just one of a very large number of vaccines being trialled at the moment including the oxford vaccine ChAdOx1 which may be more straight forward to deliver so hold this space!

Next question raised: how can the NHS deliver this massive vaccine program when it is already stretched

Wow this is a big question, and again the Government has asked GP to deliver this to everyone

We in general practice received a letter last night asking us to have a plan back to the NHS by the 17th – so one week to come up with a plan,

We do have experience of running these sorts of vaccination campaigns as you may have experienced with the flu clincs, but bear in mind we have a year to plan for these!

There are some significant issues we will have – I said the new mRNA type vaccines are quicker to produce, but they are a bit more difficult o store and deliver

You will have heard they need to be kept at -70 most of the time as they are easily degraded and once thawed can be kept for pewrhaps a couple of days in a fridge before being administered, this will require regular deliveries of vaccine and a good cold chain

Also the vaccines will need to be drawn up and diluted individually it appears which will take a lot of work. The shelf life may mean 7 day a week clinics including bank holidays and finding the staff to man them may be hard. The funding for this is tight and some areas may not feel they are able to deliver this safely as general practice, we are looking carefully and seeing if it is realistic for us to do this locally.

Further more 2 doses separated by about 3-4 weeks will be needed for the vaccine to work effectively so double the work!

None the less we feel it is so important to help enable to country to escape the lockdowns and get back to normality GPs will be looking to help with this if it is possible – I will update later when we have had time to see if we can put together a plan!!

Next question – who will get the vaccine

As with all these vaccination programs, the most vulnerable will be targeted first to protect them, then key people such as nursing home staff and nhs staff to prevent them passing on the virus to patients then other at risk groups but we do not have the details of this yet. Sufficed to say don’t call your surgeries asking just yet – people will be contacted when it is their turn I suspect.

Supply concerns – yes this is always an issue and time wil truly tell. It does sound like the government have purchased a lot of the vaccines and that the vaccines should be easier to make than traditional vaccin but the other challenges with the program such as described already will certainly test us! I guess watch this space

Next question  – how long will the immunity last

Another great question and one which is difficult to say probably another nobody knows question. However I suspect the immunity will last long enough to break the pandemic. If you want to learn lots more about the immunity then I have a great podcast with Prof babak Javid where we discuss this in some detail –

Last question is around virus mutations – and this segways nicely into the mink story:

Since June 2020, 214 human cases of COVID-19 have been identified in Denmark with SARS-CoV-2 variants associated with farmed minks, including 12 cases with a unique variant, reported on 5 November. All 12 cases were identified in September 2020 in North Jutland, Denmark. The cases ranged in age from 7 to 79 years, and eight had a link to the mink farming industry and four cases were from the local community.

Initial observations suggest that the clinical presentation, severity and transmission among those infected are similar to that of other circulating SARS-CoV-2 viruses. However, this variant, referred to as the “cluster 5” variant, had a combination of mutations, or changes that have not been previously observed. The implications of the identified changes in this variant are not yet well understood. Preliminary findings indicate that this particular mink-associated variant identified in both minks and the 12 human cases has moderately decreased sensitivity to neutralizing antibodies. Further scientific and laboratory-based studies are required to verify preliminary findings reported and to understand any potential implications of this finding in terms of diagnostics, therapeutics and vaccines in development. In the meantime, actions are being taken by Danish authorities to limit the further spread of this variant of the virus among mink and human populations.

The mutations which occur in any virus can make it more or less dangerous, or more or less likely to evade the immune system

It is often when a virus jumps between species that a larger jump can take place.

With the mink story the numbers are small but it doesn’t appear to be more deadly, however it could make any vaccine less successful – this is why the healthcare systemts have juped onto this so rapidly and why the danes are culling all the mink and such care around the isolation of the cases identified is ongoing.

Time will tell if this turns into a disease requiring yearly vaccines in the future like flu or if one will do the trick!

Please do let me know what you thought and give it the thumbs up if you have enjoyed it, and I may be persuaded to do it again!

The Orthopod – an osteoarthritis podcast

We are keen to hear from each of you and will endeavor to reply. Please note however specific individual medical queries cannot be answered as you should speak to your GP or family doctor for specific advice.

We prescribe a free subscription to our newsletter

Sign up here and we will let you know about every new podcast, no spam, (we don't have time!)